Skip to content
Danielle Rosellison – the face of the cannabis industry

Danielle Rosellison – the face of the cannabis industry 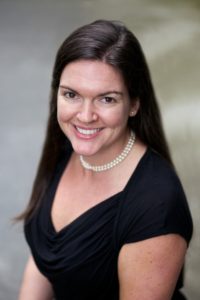 Danielle Rosellison is the Boss Lady, mother, entrepreneur and advocate behind Trail Blazin’ Productions, a family-owned cannabis farm in Bellingham. Danielle takes pride in her industry and hopes to change the way people understand it.

She grew up on Orcas Island, went to college in Chicago and returned to Bellingham to finish her schooling at Western Washington University in 2000.

When she was pregnant with her first child, Danielle’s husband, Juddy Rosellison, came home one day and proposed a plan.  A friend who had been supplying their cannabis was graduating from WWU and getting a job, so Juddy had an idea. The couple already had their medical-marijuana cards, and within four days, their washer and dryer were moved out and, in their place, sat four cannabis plants.

They went from four plants to 15, to 30 and eventually 60 in a warehouse. After gaining investors, Trail Blazin’ Productions took off and is now the only medically certified cannabis-flower company in Washington State.

“We’re the only farm that produces medically compliant flower and shatter,” Danielle said. “All that means is that we test for pesticides and heavy metals. Everyone—adult-use and medical—has the same thresholds for pesticides, except we actually test.”

Pesticide testing isn’t all that sets Trail Blazin’ apart. They also grow their plants with 100% LED lighting. Something many across the world didn’t know was possible until recently. Danielle believes that as things begin to move forward on a federal level, it’s important to run her business using as little energy as possible, both from a financial and environmental standpoint. 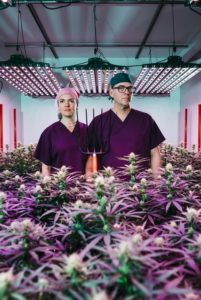 “We use about 60% less energy than every other company out there that uses traditional lighting,” Danielle said. “Juddy also MacGyvered a water-reclamation system, so we reuse about 95% of our water.”

For Danielle, growing cannabis isn’t just about people getting high. She believes in the healing and medicinal aspects of the plant. “It’s about health and wellness, it’s about mass incarceration, it’s about social justice policies and how we need to change the way we do business,” she said.

Danielle now spends about 60 hours a week working at Trail Blazin’, about 40% of which is dedicated to advocacy. Her passion for advocacy began after i502 was passed, when Trail Blazin’ signed a 15-year lease and was then denied their location by the city.

Going into their meeting with the city, Danielle wanted to show a different side to the cannabis industry. A side that is professional, organized and not what you’d expect.

“I realized that we needed advocates that didn’t look like what they thought we were going to look like,” she said. “Not that there’s anything wrong with the Grateful Dead and tie-dye and Birkenstocks. But walking in as a mother wearing pearls, looking like any other business, it totally threw them off.”

Even with i502 in effect, Danielle hasn’t given up the fight. When the State Legislature is in session, Danielle travels to Olympia to lobby for the cannabis industry at least once a week. When session is out, she goes about once a month. She has also taken her lobbying efforts to Washington DC with The Cannabis Alliance and the National Cannabis Industry. 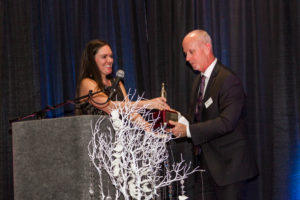 Rosellison accepts the 2017 Chamber Ambassador of the Year award from Peter Cutbill.

Trail Blazin’ Productions joined the Bellingham Regional Chamber of Commerce shortly after opening in 2014, and Danielle treasures the relationships she’s made there. She’s a morning person, so her favorite event is the monthly Networking Breakfast where she can talk about cannabis in a professional setting and hopefully change the way the community sees the weed industry.

New business wasn’t the goal for Danielle when she joined the Chamber. She wanted to transform perceptions and opinions about what a weed advocate looks like and what the industry stands for. She was glad to find open arms at the Chamber.

“We need people to look at us as normal businesses,” Danielle said. “When you’re a part of the Chamber and come [to events] regularly, you make these relationships with people, and regardless of what they think about cannabis, they believe you are a professional.”

Danielle is a proud Chamber ambassador, mother, wife, farmer, activist and self-proclaimed Boss Lady.  “Now,” she said, “the drive is that we’re changing the world.”