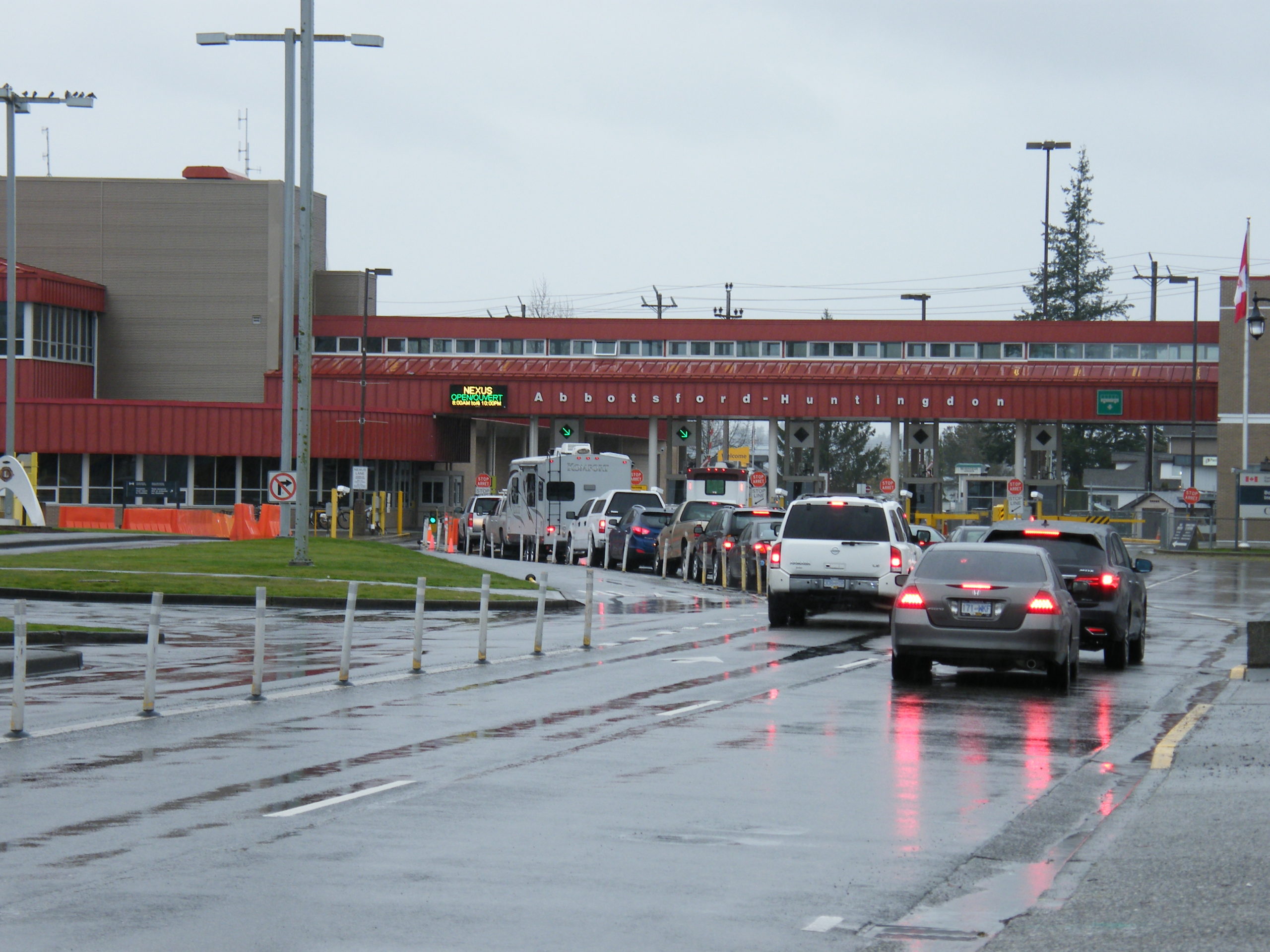 The group touched on the NEXUS program and the threat from the Department of Homeland Security to shut down the program in New York and Washington if both states don’t change the policy of prohibiting their Department of Motor Vehicles and Department of Licensing (DMV/DOL) from sharing the immigration status of drivers’ license applicants with Immigration & Customs Enforcement (ICE) and Customs & Border Protection (CBP).  For now, we have to wait and see what happens.

Immigration attorneys Greg Boos and Abtin Bahador brought up the topic of racial profiling at the border and that the Iranian community and other immigrant communities are fearful of crossing the border since the January 5 detention of roughly 60 Iranians and Iranian-Americans at the Peace Arch border crossing in Blaine.  In Greg’s opinion, it will effect southbound traffic from BC into Whatcom County.

Erin Dahlman-Oeth and Laurie Trautman of the WWU Border Research Policy Institute (BPRI) presented their research on Canadians crossing into Washington through Whatcom County border crossings and the behavior of said Canadians with retail sales locations.

Every three years the data is collected by students counting license plates at designated retail outlets with the report focusing on the changes between 2013, 2016 and 2019.

Some interesting findings include the following:

BPRI also gave an update on the Cascadia Innovation Corridor CIC. The US Canada border is both a barrier and a conduit for the region’s tech industry. However, the friction at the border impedes mobility of people, capital and goods and is a tangible challenge.  Additionally, the threat of shutting down the NEXUS program has caused a delay which could stall CIC from moving forward.

Sandy Ward of Bellingham Whatcom County Tourism gave us an update on the Way Finding project that they have been spearheading for three years.  They have submitted a plan that includes hundreds of color-coded signs to the Department of Transportation, which will need to be approved before the signage portion of the project can move forward. They are also developing wayfinding tools for pedestrians, bikes as well as motor vehicles that will work in conjunction with the color coded regional signs.

Sandy also talked about the feasibility study that they are having done for a multipurpose event and sports facility which could attract more visitors to help fill hotels during slow periods.  The facility could host concerts, sporting events and sports tournaments, ice performances and large tradeshows.  The report and financing models and recommendations should be ready by mid-March.

If you and your business have cross border issues, please let us know!  Email guy@bellingham.com.